RECENT POSTS
Gerry Canavan Has Moved Again
Publishing Now That Publishing Is Collapsing
The Distance to the Moon
Writing Is Just Boxers and Lunches and Philosophy
Does This Mean I Can Stop Pretending to Like Princ...
Um... Did Anyone Else Catch This Today?
R.I.P. David Foster Wallace, 2/21/62-9/12/08
"Non-Mac" Is the New PC
An Exercise in Disambiguation
And With That... 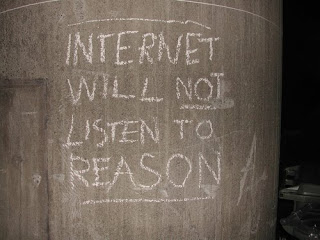 No pen, no ink, no table, no room, no time, no quiet, no inclination.
--James Joyce

Sure-- there's no money in publishing and there's not even anywhere to publish these days. So what's a writer to do when s/he needs the instant gratification of acceptance? Microblogging could be the last bastion of the publishing world. If anyone's still reading this, there's some great Twitter accounts out there. First, there's Creative Non-Fiction Tweets, which is pretty much like Six Word Stories 2.0. Next, check out 5Seven5, which is 1.) run by me and 2.) perfectly happy to retweet the haikus of all you weeaboos out there. If you're looking for someplace to showcase your work (and perhaps point a potential agent-- PROTIP: they're not impressed with the dick jokes and 2006 pictures of you in a Borat costume), I highly recommend our friends at 18 Digits, the kings of Gainesville web design. Happy microblogging, kiddos! Remember the first rule of writing-- it's not nearly as annoying when you do it.
# posted by Christian Exoo @ 3:22 PM  | 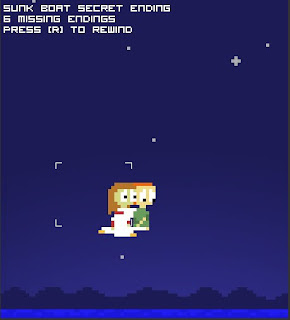 If you've felt lost by the recent spate of shoot-'em-up video games (and by "recent," I mean since, like, ever), I highly recommend I Wish I Were the Moon, a charming Flash game inspired by Italo Calvino's "The Distance to the Moon," the first story in Cosmicomics.

(Oh, and in case you got here through a false positive, if you're actually wondering, the distance to the moon is 382,500 kilometers. Sorry about the confusion.)
# posted by Christian Exoo @ 9:59 PM  |

Saturday, November 29, 2008
Writing Is Just Boxers and Lunches and Philosophy 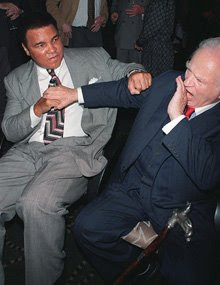 “'Someone at The New Yorker recently gave me a tip on someone who’s a boxer and a philosopher—that came from a lunch!'”
--Norton editor Bob Weil, in a recent Observer interview about expense-account-lunch cutbacks in the wake of a rapidly declining print market.
# posted by Christian Exoo @ 6:49 PM  |

Monday, November 17, 2008
Does This Mean I Can Stop Pretending to Like Prince Now?

Really? Really. Because that's who we needed to be the moral arbiter in this situation. Prince. Because when he's not too busy making velveteen canvas prints of his own face, he's become a Jehovah's Witness and likes to knock on people's doors to talk to them about the rapture. [Via The New Yorker]
Update (11/18/08): Perez Hilton claims Prince was misquoted? Um... it's Prince and Perez Hilton claiming that The New Yorker is sloppy? Whatevs.
# posted by Christian Exoo @ 1:08 PM  |

Thursday, October 30, 2008
Um... Did Anyone Else Catch This Today?
Today at The Onion AV Club, Nathan Rabin's review of The Rocketeer just comes completely unraveled, starting at the very beginning:

But The Man couldn't control our daydreams, so filmgoers continued to fantasize in the dark. Moviegoing is simultaneously a communal and anonymous endeavor. Lusting after the same handful of beauties binds filmgoers together. Drooling over Marilyn Monroe united fathers and sons, beatniks and squares, Americans and people who wish they were American on account of America being so awesome. USA! USA! USA! (Sorry 'bout getting jingoistic there. A little-known provision of the Patriot Act dictates that the phrase "USA! USA! USA!" must appear at least twice in all ongoing online columns lasting more than 120 entries.)

And it goes on like that for almost 600 words. Either Nathan Rabin is doing something very, very cool, or else he's bat-fucking insane and is just an imagined thumbs up away from strapping on some dread extensions and doing a one-man show of improvised slam poetry based on interviews with Howard Zinn and Russ Meyer.
# posted by Christian Exoo @ 3:27 PM  |